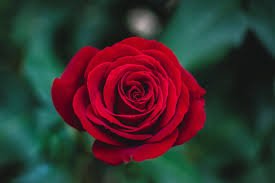 Bangor – Richard Wayne Russell, March 21, 1936 – August 14, 2019, was born in Bangor the son of Estella Mae Leighton. He was raised by Dwight S. and Esther Gilbert Russell in Bangor.

Surviving are his wife of 62 years, Donna Springer Russell; four children, Deborah Lynn Russell and Dan Potter of Bangor, Brenda Lee and Patrick Geaghan of Brewer, Richard W. Russell II and Lisa Hughes Russell of Bangor, and Scott Anthony Russell of Hermon; five grandchildren, Darcy Lee Andrade, Tara Lynn Geaghan, Ryan Richard Russell and Dylan Hotham, Jeremy Scott Russell, and Cameron Thomas Russell. Richard was predeceased by an adopted sister, Jessie “Sally” Cochrane and is survived by a half sister, Rita Joy Langille. Richard’s family give their heartfelt thanks to the EMS staff of the Bangor Fire Department and the entire staff of St. Joseph Hospital for the kind and compassionate care they provided.

At Richard’s request, there will be no visiting hours or service. For those who wish, donations in his memory may be made to the Good Samaritan Agency, 100 Ridgewood Drive, Bangor, ME  04401 or at goodsamaritanbangor.org or to a charity of their choice. Arrangements are trusted to Kiley & Foley Funeral Service, Bangor and Brewer and messages and memories may be shared with Richard’s family at kileyandfoley.com.

To send flowers to the family of Richard Russell, please visit Tribute Store

Services will be private

Share Your Memory of
Richard
Upload Your Memory View All Memories
Be the first to upload a memory!
Share A Memory
Send Flowers