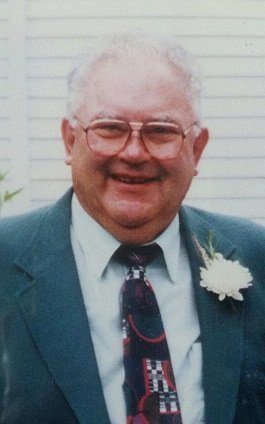 Robert N. Washburn, Sr., 92, passed away Sept. 9, 2019 at the Maine Veterans Home in Bangor. Robert was born Dec. 29, 1926 in Brooklyn, NY, the son of Robert H. and Alma (Jensen) Washburn. Robert moved to Orrington in 1938 and attended schools in South Orrington and Brewer. In 1944 he enlisted in the US Navy. In 1946 Robert married Muriel Grace Patterson and cherished 55 years together until her death in 2001. Robert was employed by St. Regis Paper in Bucksport and Eastern Fine Paper in Brewer. Later he was a patrolman with the Brewer Police Department. For 30 years he was a truck driver for Hemingway and Sandborn logging countless miles on the east coast and in Canada. He knew all the best places to get cheesecake in New York. He was a proud member of the Teamsters Union 340 and a lifelong member of the Ralph J. Pollard Masonic Lodge.

Robert was an avid hunter in his younger years. Both he and Muriel enjoyed traveling, camping and snowmobiling with family and friends. His fondness for western movies was unsurpassed, having watched many dozens of times. As a lover of animals, their home was filled with several beloved Dobermans and many cats through the years. Most of all, Robert was kind, caring, generous and loved to take care of his family. He learned to cook while caring for Muriel and continued to enjoy his new found hobby providing many roasted chickens and pots of chili for his family. During his time at the Maine Veterans Home, Robert enjoyed playing bingo and board games, listening to live music and lunches out at local restaurants.

Robert was predeceased by his parents and his step mother, Kay “Billie” Washburn, his wife, Muriel (Patterson) Washburn, his brother, Walter Washburn and his wife, Priscilla, sister-in-law, Evelyn (Patterson) Cook and a very special brother-in-law, Lloyd Doughty. Surviving are his son Robert N. Washburn, Jr and his wife, Jeannette of Holden and Milbridge; one granddaughter, Jennifer W. Long and her husband, Jack of Orrington; his two, great grandsons, Brady and Mason Long of Orrington; very special sister-in-law, Phyllis (Patterson) Doughty of Brewer and several nieces and nephews.

At Robert’s request, there will be no funeral or visitation. A graveside service will be held for his immediate family at a later date. Those who wish to remember Robert in a special way may make a gift to the Bangor Humane Society, 693 Mt. Hope Ave., Bangor, ME  04401. His family expresses their heartfelt appreciation to the staff of the Maine Veterans Home, D Unit for their compassionate and loving care of Robert. Arrangements are trusted to Kiley & Foley Funeral Service, Bangor and Brewer. Messages and memories of Robert may be shared with his family at kileyandfoley.com.

To send flowers to the family of Robert Washburn, please visit Tribute Store

A private graveside service will be held at a later date
Share Your Memory of
Robert
Upload Your Memory View All Memories
Be the first to upload a memory!
Share A Memory
Send Flowers