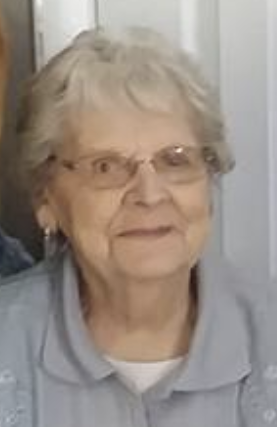 On July 16, our mother, grandmother, sister, aunt, and friend passed away peacefully surrounded by her loving family.

Ella M. (Smith) Clewley was born March 18, 1932, in Plymouth, Maine to Pearl and Ruby (Crawford) Smith. She became a widow at a young age, with the unexpected passing of her first husband, Leonard Kendall. She then married Garold Clewley in 1960. She saw much of the world as an Army wife, but eventually settled in Bangor.

She was an extremely hard worker and worked many years in various shoe factories. Later in life she worked at the Bangor Auditorium, which she really enjoyed and where she made many friends. She also enjoyed having a “toddy” or two with her friends at the Eagles Club in Brewer where she was a member for many years.

A Celebration of Life is planned for 1-4 PM, Sunday, August 1, 2021 at Jeff’s Catering, 15 Littlefield Rd., Brewer.  Private burial will be held at a later date.   Messages and memories may be shared at kileyandfoley.com.

To send flowers to the family or plant a tree in memory of Ella Clewley, please visit Tribute Store
Sunday
1
August