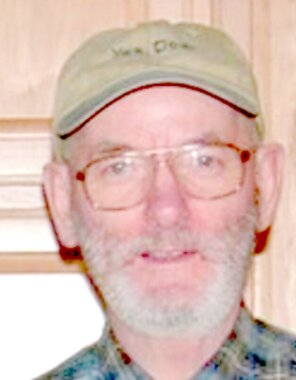 Stephen Gerald "Steve" Philbrick, devoted son, husband, father and grandfather passed away peacefully at the age of 76, on July 7, 2022. Stephen was born on April 14, 1946, in Bangor, Maine, to Roy H. and Ila L. (Clark) Philbrick.

After graduating from Bangor High School in 1967 he served in the U.S. Navy. He worked for Fay & Scott, Pleasant Hill Dairy, Dexter, Maine, Grant's Dairy, Bangor, Maine and retired from EMMC. Stephen will be remembered for his infectious personality, work ethic, sense of humor, memorable laugh and story telling. His grandhildren were often heard saying, "Grandpa tell us another story!" He especially loved spending time with his family and friends bike riding, mountain climbing and fishing.
Stephen was also very creative in his woodworking shop and developed "Steve's Own Creations." You could find some of his creations such as wishing wells, water pump planters and other unique projects displayed on lawns throughout the community and surrounding towns. Thank you to Stillwater Health Care for the compassionate care that you provided.

Stephen, loving husband, father and "Grandpa" will forever be in our hearts.

To plant a beautiful memorial tree in memory of Stephen Philbrick, please visit our Tree Store

A Memorial Tree was planted for Stephen
We are deeply sorry for your loss ~ the staff at Kiley & Foley Funeral Service - Brewer
Join in honoring their life - plant a memorial tree
Services for Stephen Philbrick
There are no events scheduled. You can still show your support by planting a tree in memory of Stephen Philbrick.
Plant a tree in memory of Stephen
Share Your Memory of
Stephen
Upload Your Memory View All Memories
Be the first to upload a memory!
Share A Memory
Plant a Tree